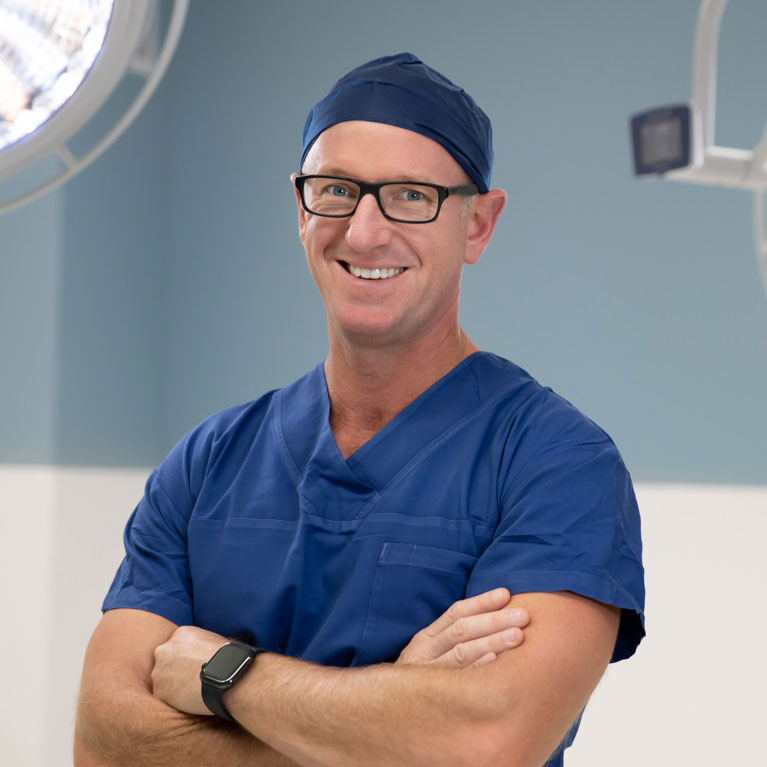 Associate Professor Andrew Pearson is a specialist General Surgeon with an interest in acute general surgery, trauma surgery and surgery of the liver, pancreas and biliary tract as well as bariatric surgery.

He is also trained in gastroscopy and colonoscopy.

A/Prof Pearson has attained degrees in both Physiotherapy and Medicine from the University of Sydney and completed his Fellowship with the Royal Australasian College of Surgeons through Royal North Shore Hospital. A/Prof Pearson completed a year of fellowship training in liver, pancreas and biliary surgery at Royal North Shore and has also attained a Fellowship in General Practice from the Royal Australian College of General Practitioners.

Andrew is a busy father of three children and a sporting enthusiast. He considers one of his biggest achievements having completed an ironman triathlon however now describes himself as a part time runner. Associate Professor Pearson consults at the Northern Beaches hospital and in Hornsby.